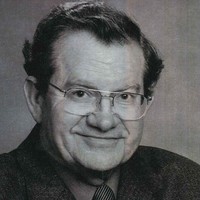 Walter Mervin Holmes, 85, of Topeka, Kansas passed away peacefully under a prayer blanket in hospice, on October 27, 2019.

Walter was born August 12, 1934, in Coffeyville, Kansas. The son of George Emery and Pauline (Beck) Holmes. One of eight siblings, he was born into a large family. His family called him “Buddy.” As he and his siblings grew to be adults with their own families, they would gather frequently with their families at the small very humble family home. The kitchen being the largest room in the home was filled with wonderful smells from the cooking of beef and home-made noodles, steaming mashed potatoes and freshly baked bread.  The mud room was always stocked with small soda bottles of every brand and flavor. A treat that was readily available to all.  The flower garden in the summer was filled with specimens of all varieties as well as wild flowers that attracted the most beautiful of butterflies and hummingbirds.

Walter and his Field Kindley High School sweetheart, Janice Joan Howard, married on September 22, 1955.  At the time, Walter was enlisted in the Army and Janice was pursuing a Nursing degree. Early in his military service, he was recognized for his excellent typing and short hand skills which were beneficial to his assignments. In 1958, he earned both Bachelor of Science and Master of Science degrees from Kansas State Teachers College of Pittsburg.  Walter and Janice began their family with the birth of daughters Melinda and then Nancy and then moved to Topeka, Kansas where Walter taught at Washburn University, as an Assistant Professor. With the additions of daughter Laura and son Joseph their family grew and Walter left his position at Washburn to accept a staff position at St. Francis Hospital where he provided information and audio-visual material to families that were facing the diagnosis of serious physical illnesses. At a time when hospitals restricted siblings from visiting the maternity and nursery units, Walter set-up video cameras so that the children and extended families could view their baby from the waiting room. He would talk with the families in the waiting room and then ensure that the camera provided close-up views for the siblings.

Walter was a simple man who worked hard while he was able and loved playing tennis and taking long naps on the family room couch. As a young father and husband, mental health issues presented challenges and had a lasting effect on all who loved and cared for him. His wife Janice remained strong through troubling times, caring for Walter over many years until complications from her Multiple Sclerosis intervened. Church, God, and Family were important to Walter, though relationships with all of the aforementioned were often strained and complicated as a result of his mental health challenges. Later in life, he enjoyed the companionship of his cat “Blue” and friend Jeannie Dachroth as well as gatherings with family for birthdays, holidays, and other important life events. Once Walter was admitted to Manor Care Nursing Facility, he looked forward to Friday morning breakfasts with a small group of friends from his church. Daughter Melinda and son-law John Hanson have provided additional care, support and comfort to Dad for many years.

To order memorial trees or send flowers to the family in memory of Walter M. Holmes, please visit our flower store.