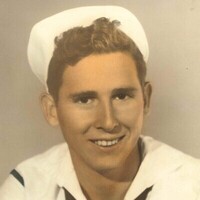 Art graduated from Muskogee Central High School, class of 1940.  He studied printing trade and started working for Neodesha Daily Sun in July of 1941.  He was inducted into the Navy in May of 1944 and honorably discharged in January of 1946.  The Daily Sun of Neodesha was unable to reopen so he went to work for the Manhattan Mercury-Chronicle in March of 1946 as a Linotype Operator/Machinist.  During April of 1947 until November 1962, he worked at the Topeka State Journal as a Linotype Machinist and then went to work for Star Parts Co. (Manufacturer of parts and equipment for composing room) for seven years as a Sales Representative covering four states, Missouri, Arkansas, Mississippi and Oklahoma.  He opened La Rue’s Trading Post, selling stamps and collectibles, in June of 1970; retired and closed the store as of January, 1991.  He also worked for H.H. Ives and Sons, Standard Printing, Hall Lithographing all part time during the 70’s and 80’s.

Art was a member of the International Typographical Union for over 25 years.  A member of the Topeka Typographical Union #121 serving as President, Secretary and Treasurer.  Scale Committee Member and Chairman, and many other minor offices.  He served six terms as President of Topeka Federation of Labor, Financial Treasurer, Vice-President, and minor offices plus many committees.  He attended two International Typographical Union Conventions—Dallas, TX, and Colorado Springs, CO.  He worked on many Kansas State Federation of Labor Committees.  Served on both Inaugural Committees of former Governor George Docking.  Was active in city, county and state politics for many years serving on city, county and state civic committees, including eight years on Advisory Committee to Shawnee County Welfare Board.  He was the President of Everyman’s Bible Class in 1960 at the Church of the Open Door where he served as an Elder, Deacon, Trustee, Moderator.  At times when the church was without a pastor or in absence of the pastor, Art would preach the sermon and also taught bible classes.

He married Maye Zart on June 9, 1951 in Topeka.  She preceded him in death on November 28, 2007.  Survivors include a daughter, Lisa La Rue Baker and her husband, John, of Topeka, KS along with ten grandchildren and numerous great-grandchildren.  He was also preceded in death by a son Spencer A. La Rue, III, two daughters, Peggy Baker and Ruth Wicks, two brothers, Willis Wick, Howard Wick and two sisters Dora Milburn and Opal Mock.

Graveside services will be 1:00 P.M. Wednesday, March 3, 2021 at Memorial Park Cemetery, (6th and Gage), with military honors being provided by the US Navy assisted by American Legion Post #421.

In lieu of flowers the family suggests memorial donations be made in Arts memory to Midland Care Hospice sent in care of Brennan-Mathena Funeral Home, 800 SW 6th Avenue, Topeka, KS 66603.