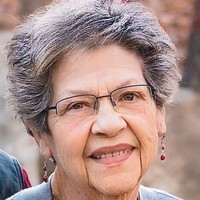 She was born December 15, 1943 in Perry, Kansas the daughter of George and Mardell (Watts) Hurd.

She was a member of Sacred Heart Catholic Church, where she was a volunteer for the annual Germanfest.   She enjoyed cooking, reading and preparing food for the priests at Most Pure Heart of Mary Catholic Church.  Sherry will be most remembered as a woman of faith who loved her family.

Sherry will lie in state after 5:00 p.m. Thursday, October 10, 2019 at Brennan Mathena Funeral Home where her family will greet friends from 5:30 until 7:30 p.m. A Parish Rosary will be prayed at 9:30 a.m. Friday, October 11, 2019, at Sacred Heart Catholic Church followed by Mass of Christian Burial being celebrated at 10:00 a.m. Interment will follow in Oak Ridge Cemetery, Perry, Kansas.

Memorial contributions may be made in her memory to the Sacred Heart Catholic Church sent in care of Brennan-Mathena Funeral Home, 800 SW 6th Avenue, Topeka, Kansas 66603.

To order memorial trees or send flowers to the family in memory of Sherry Lou Zeller, please visit our flower store.