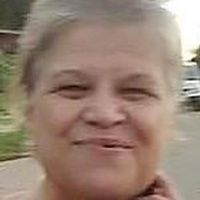 She was born in Brookville, PA on January 28, 1953 the daughter of Richard Harry and Martha Louise (Valmont) Birch.

She worked as a meter reader for Westar Energy and was a veteran of the US Army.

Sarah enjoyed sewing, reading, BINGO, going to the Casino and spending time with her grandchildren.

Sarah will lie in state at the Brennan-Mathena Funeral Home on Thursday after 2:00 p.m. where her family will receive friends from 6:00 until 8:00 p.m.  A Funeral Service will be held at Sacred Heart Catholic Church on Friday at 10:00 a.m.  Interment will follow in Mt. Hope Cemetery.

Memorial contributions may be made to Brennan-Mathena Funeral Home, 800 SW 6th Ave., Topeka, Kansas,   66603 to assist her family with expenses.

To order memorial trees or send flowers to the family in memory of Sarah Jane Reekie, please visit our flower store.