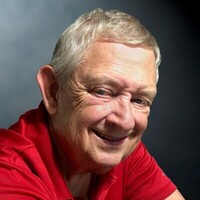 LTC Ronald "Ron" Dale Martin, 73, of Topeka, KS passed away peacefully surrounded by his family at home on Monday, August 23, 2021. Born on May 22, 1948, at his grandma Baker’s home in Hooker, Oklahoma. He was a lifelong Oklahoma Sooners fan. He spent many weekends and nights rooting for his favorite teams, including the Chiefs and Royals. In Oklahoma, there is no being a fan of OSU during basketball and OU for football. He was an Oklahoma Sooner fan. He joined the Army Reserves early in his life in Guymon, Oklahoma and eventually became Sergeant First Class and Senior Drill Sergeant. He spent his time training soldiers in Ft. Polk, Louisiana, then known as Tigerland, prepping many of them for combat in Vietnam. He eventually attended Officer Candidate School and became an Artillery officer for the Kansas Army National Guard (fulltime active duty). He attained the rank of Lieutenant Colonel and retired after serving 37 years. Once he retired, as much as he loved keeping the house clean and making the beds, he decided to go back to work for the Kansas Emergency Management writing grants for disaster-stricken communities. Once he finally decided to fully retire, he spent his free time with his large, perfectly blended, loving family. He enjoyed playing games (as long as the boys were winning, aka him) and joking with others in the most caring way. Always a child at heart, he loved sharing late night snacks, big hugs, and practical jokes with his children and grandchildren who he dearly loved. He loved to travel, read and share his civil war knowledge with others. He opened his home and heart to more children through the foreign exchange student program and foster children. He was a member of the board of directors for the Salvation Army in Dodge City. In Topeka, he volunteered with Harvesters, a local food bank. He loved all of his family fiercely and deeply without exception. Most of all, he loved being a dad. He is preceded in death by his father, World War II Veteran Henry O Martin, his mother Decla Josephine Baker-Martin, his siblings Linda K Martin, Robert Sturdivan, Virginia Wester, Betty Line, and Doris Townsend. He is survived by his loving wife, Tina Martin, as well as his eight children Andrew Martin (Sara), Ashley Ott (Brandon), Brittany Weber (Ryan), Catie Martin (Josh), Julie Lang, Jennifer Martin-Renter (Chris), Roger Martin (Trisa), and Lori Martin plus twelve grandchildren – Sutton, Riley, Vivienne, Ben, Bella, Nicholas, Hannah, Aubrey, Jillian, Adrianna, Corin, and Taylor. He is also survived by his sister, Phyllis Gorham and many nieces and nephews. The wake will be held at the home of Ron and Tina Martin on Friday, August 27, 2021 at 7:00 pm. Contact the funeral home for the address if needed. Funeral services will be at 10:00 am Saturday, August 28, 2021 at Brennan-Mathena Funeral Home. Burial with full military honors will follow at the Ozawkie Cemetery. In lieu of flowers, the family requests memorial donations to be made to Harvesters and sent in care Brennan-Mathena Funeral Home, 800 SW 6th Avenue, Topeka, KS 66603.
To order memorial trees or send flowers to the family in memory of LTC Ronald "Ron" Dale Martin, please visit our flower store.