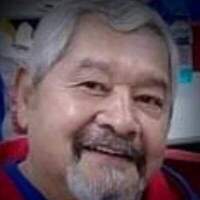 Rick was born August 24, 1947, in Lawrence, Kansas, to Manual and Mary Angela (Jaimez) Mendoza.  He graduated from Lawrence High School in 1965, and served in the United States Army during the Vietnam War.

He worked as a forklift operator for General Merchandise Distributors at Forbes Field.  In his younger years, he enjoyed playing softball.  He also enjoyed music, KU basketball and the Kansas City Chiefs.

Rick has been with his common law wife, Elvira “Vera” Zarazua for 27 years.  She survives of the home.

The family will receive friends at 9:00am on Saturday, July 30, 2022 at Brennan-Mathena Funeral Home.  A rosary will be prayed at 9:30am, followed by the funeral service at 10:00am.  Burial will be in Mt. Calvary Cemetery in Topeka.

Memorial contributions can be made in Rick’s name to the American Diabetes Association and the American Heart Association, sent in care of Brennan-Mathena Funeral Home, 800 SW 6th Ave., Topeka, KS 66603.

KU attire is suggested for the funeral service.

To order memorial trees or send flowers to the family in memory of Richard "Rick" Manuel Mendoza, please visit our flower store.