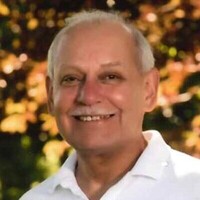 Rick was born the son of Chrispine “Christy” Martinez and Guadalupe “Terry” Munoz Caballero on August 14, 1945 in Los Angeles, California.

After high school, Rick served his country with pride in the United State Army during the Vietnam War. He had worked for the Goodyear Tire and Rubber Company, retiring from Quality Control in 2004.

Rick was an avid sports fan and he enjoyed cheering for the KU Jayhawks, Kansas City Chiefs, Kansas City Royals and watching Boxing. In his spare time, he would stay active by playing pool, bowling and boxing. Other hobbies include; cooking, gardening, taking walks and keeping a meticulous lawn.

He was preceded in death by his father, Chrispine “Christy” Martinez.

Cremation has been chosen. A private family service will be held at a later date.

To share a memory or to leave condolences, please visit, www.brennanmathenafh.com

To order memorial trees or send flowers to the family in memory of Richard "Rick" C. Martinez, Sr., please visit our flower store.