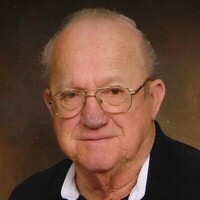 He was born in Topeka, Kansas on October 6, 1939, the son of Ralph and Margaret (Puhl) Appelhanz, Sr.  He attended St. Joseph Grade School and Hayden High School.

Whitey served in the U.S. Navy aboard the USS Colonial.

He was a member of Sacred Heart Catholic Church where he was an usher and a Germanfest volunteer.  Whitey enjoyed gardening, golfing, baseball, bowling, going to the dog races, NASCAR and was an avid football fan. What he enjoyed most of all was spending time with his family, grandchildren and his Pizza Parlor friends.

In lieu of flowers the family suggests memorial donations be made in his memory to Sacred Heart/St. Joseph Parish sent in care of Brennan-Mathena Funeral Home, 800 SW 6th Avenue, Topeka, KS 66603.

To order memorial trees or send flowers to the family in memory of Ralph "Whitey" C. Appelhanz, Jr., please visit our flower store.