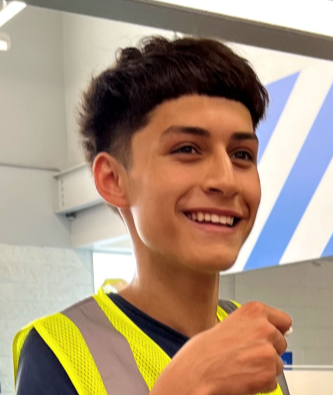 Michael “Mikey” Frederick Tolan Jr., 16, of Topeka, passed away from injuries sustained in an automobile accident.

He was born in Lancaster, Pennsylvania on January 25, 2006, the son of Michael Frederick Tolan Sr. and Ofelia Tolan.  Michael attended Topeka High School.

He worked for Walmart as an associate.

Mikey loved his puppy, Kandy.  He also enjoyed Dynamite Doritos, Takis, and going to the beach and Ocean.  He had a passion for automobiles.

He will lie in state at the Brennan-Mathena Funeral Home on Thursday, December 15th, from 4:00 to 7:00 p.m.  Funeral services will be held on Friday, December 16th at the Fellowship Bible Church at 11:00 a.m.   Interment will follow in Memorial Park Cemetery.

Memorial contributions may be made to Brennan-Mathena Funeral Home.

To order memorial trees or send flowers to the family in memory of Michael Frederick Tolan Jr., please visit our flower store.