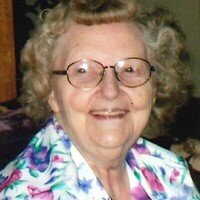 She was born on a farm near Willard, Kansas the daughter of George and Mary (Costello) Marney on March 1, 1931.

Mary married Thomas P. Browne Sr. in Topeka on July 19, 1958 at the Church of the Assumption with Monsignor Vallely officiating.  Tom preceded her in death on February 3, 1988.  Mary is survived by three sons:  Thomas P. Jr. and wife Tracy Gardner, Michael J. and William J. all of Topeka; one daughter, Christina M. Smith and husband Nathan of Frisco, TX., seven grandchildren; Thomas III and wife Nora, Heather, Garrett, Kelsey, Nathan, Grace and Austin, and a great grandchild (the next generation Jayhawk) due during March Madness.  She was also survived by many nieces and nephews.  Mary was preceded in death by her parents, two brothers, Charles and Thomas Marney, three half-brothers, George, Veryl and Howard Marney and a half-sister, Velma Lloyd.

Mary graduated from Rossville High School in 1949.  She left her employment with the Kansas Highway Patrol in 1959 to be a homemaker and care for her children.  Her husband Tom provided for the family as he was employed by the U.S. Postal Service and retired in May of 1971.

Mary was a member of Sacred Heart Catholic Church and a former member of the Ladies of Columbus where she held many offices.  She was a volunteer at Sacred Heart Junifest and at the Sacred Heart Catholic School as a substitute librarian and teacher when their children were enrolled at the school.  Mary and Tom would walk to the polls with their friend and neighbor Donald Mainey who served on the House of Representatives to serve as the Democratic Committee Chairpersons who tallied the Democratic votes in the primary and general elections.

She was very proud of her children and grandchildren and all of their accomplishments.  Mary always enjoyed and appreciated the visits from Fr. Tim Haberkorn and the Eucharistic Ministers, and son Michael who would distribute communion to her.  Mary was devoted to watching Mass on EWTN.  Mary enjoyed the many volunteers from Meals on Wheels that would bring daily meals while still in her home.  She was an avid KU Jayhawk fan and would never miss watching a basketball or football game.

Mary’s family would like to thank all of her care givers and hospice workers at the Topeka Health Center as she was very fond of the staff.

Mary will lie in state at the Brennan-Mathena Funeral Home on Tuesday from 4:00 until 8:00 p.m. where a Parish rosary will be prayed at 5:00 p.m.  Mass of Christian Burial will be celebrated on Wednesday at 10:00 a.m. at Sacred Heart Catholic Church.  Interment will follow in Mt. Calvary Cemetery.

Memorial contributions may be made in her memory to Sacred Heart/St. Joseph Parish or Meals on Wheels and sent in care of Brennan-Mathena Funeral Home, 800 SW 6th Ave., Topeka, Ks. 66603.

To order memorial trees or send flowers to the family in memory of Mary Catherine (Marney) Browne, please visit our flower store.