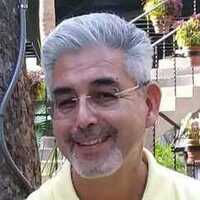 He was born December 25, 1957, in Topeka the son of Vincent and Marcella (Ochoa) Torrez.

Mark attended Our Lady of Guadalupe Grade School and was a 1975 graduate of Hayden High School.  He was a member of Most Pure Heart of Mary Catholic Church where he was the Spiritual Director for the Knights of Columbus Council #4254.  Mark was currently employed at L.S.C. Communications where he worked in I.T.

He will lie in state after 2:00 p.m. Friday, January 21, 2022, at Brennan-Mathena Funeral Home where the family will receive friends beginning at 6:00 p.m. and concluding with a Knights of Columbus 3rd degree rosary at 8:00 p.m. Mass of Christian Burial will be celebrated at 10:00 a.m. Saturday, January 22, 2022, at Most Pure Heart of Mary Catholic Church. Burial will follow at Mount Calvary Cemetery. Marks family request that masks be worn.

In lieu of flowers the family suggests memorial donations be made to the Mark Torrez Children's Education Fund or Most Pure Heart of Mary Catholic Church sent in care of Brennan-Mathena Funeral Home, 800 SW 6th Avenue, Topeka, KS 66603.

To order memorial trees or send flowers to the family in memory of Mark Anthony Torrez, please visit our flower store.