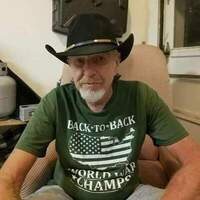 He had served and retired from the United States Army. After his military service, Henry was an owner/operator as a residential and commercial painter. He loved to ride his motorcycle, listen to music and spending time with his family, especially, his grandchildren.

He met Jeannine Marie Hall and they started dating in 1979. In March of 1989, they were united in marriage in Wichita, KS. Together, they shared 42 years together.

He was preceded in death by his parents and a brother, George Allen II.

Cremation has taken place. Family will hold services at a later date.

To order memorial trees or send flowers to the family in memory of Leonard "Henry" Allen, please visit our flower store.