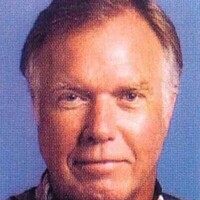 He was born in Topeka on August 4, 1950, the son of Don and Genevieve (Salmon) Taylor.  He was a graduate of Topeka West High School and attended Washburn University where he studied Biology.

He worked for the Topeka Police Department beginning as a patrolman, then canine officer, and finally as a helicopter pilot.  After leaving the police Department, Keith flew for Petroleum Helicopters (PHI) flying in the Gulf of Mexico and the Persian Gulf.  He later relocated to Hawaii where he flew helicopter tours on Kauai and Maui.  In 1992, he married Linda Darling on the beaches of Kauai, and after 18 years in Hawaii, he and Linda returned stateside and moved to Louisiana where he again served as a helicopter pilot.  In 2012 he and Linda retired to Hawthorne, Florida.  His favorite pastimes were restoring older homes and rebuilding unique automobiles.

He is survived by his wife Linda along with his siblings, Don Taylor Jr. in Topeka and Brian Taylor of Olathe, Ks.  His sister Michelle Taylor passed away in 2006.  He also leaves a nephew, Brogan Taylor, and a niece Brianne Winters.  His other niece Brandy Allison also predeceased him.

Cremation has taken place.  In lieu of flowers, memorial contributions may be made to Washburn University where a scholarship is established in the name of Taylor/Allison Scholarship in Nursing.

Online condolences and fond memories may be left at www.brennanmathnafh.com.

To order memorial trees or send flowers to the family in memory of Keith Taylor, please visit our flower store.