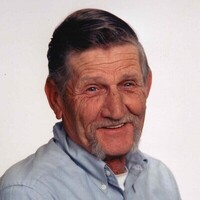 Gerald Dean “Jerry” Reed, Sr, 77, of Topeka, KS died Monday, November 1, 2021, at the Meadowbrook Rehabilitation Hospital in Gardner, KS. He was born December 27, 1943, in Topeka the son of John and Eula Mae (Watson) Reed. Jerry retired after 20 years from the US Navy. After his retirement he began working as a cook for the Kansas Department of Corrections. He was an active member of the Ozawkie American Legion Post #225, the Ozawkie American Legion Riders, the VFW Meriden Post #10815, and the Topeka American Legion Post #400. Jerry is survived by a son, Gerald Dean Reed, Jr., and his wife Nikki, two grandsons, Tanner and Spencer Reed. Four brothers, Floyd Reed and his wife, Linda, Bill Reed, Jimmy Reed and his wife, Shelly, Bob Reed and his wife, Libby, two sisters, Shirley Wright and Joanne Seymour and her husband, Lowell also survive. He was married to Jerry Carter, they later divorced. He was preceded in death by a brother, Kenny Reed, a sister Ginger Twyford and his stepmother, Mary Aileen Reed. Per Jerry’s wishes cremation has taken place. The family will receive friends from 6:00 until 8:00 p.m. Monday, November 8, 2021, at Brennan-Mathena Funeral Home. Graveside services with military honors will be held at 12:30 p.m. Tuesday, November 9, 2021, at the Leavenworth National Cemetery. In lieu of flowers the family suggests memorial donations be made to the Ozawkie American Legion Post #225, the VFW Meriden Post #10815 or to the Topeka American Legion Post #400 sent in care of Brennan-Mathena Funeral Home, 800 SW 6th Avenue, Topeka, KS 66603.
To order memorial trees or send flowers to the family in memory of Gerald Dean Reed, Sr., please visit our flower store.