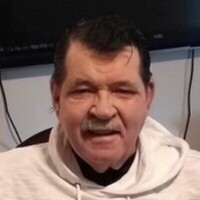 He was born February 6, 1945, in Kansas City, KS the son of George and Margaret (Clarke) Wade.

George graduated from Wyandotte High School.  Following graduating he joined the US Army serving two tours of duty in Vietnam.  After being honorable discharged he had a lengthy career as a Kansas City, KS, police officer retired in 1985

His family suggests memorial contributions to be made to Fraternal Order of Police sent in care of Brennan-Mathena Funeral Home, 800 SW 6th Avenue, Topeka, KS 66603.

To order memorial trees or send flowers to the family in memory of George Miles Wade, II, please visit our flower store.