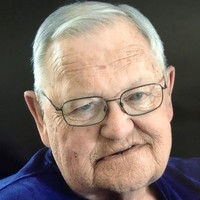 Galen Henry Hulsing, of Topeka, KS, passed away on November 6, 2019 at the age of 80. Galen was born on April 27, 1939 in Baileyville, KS, the son of Nicholas and Josephine (Meyer) Hulsing. He was the grandson of German immigrants and grew up helping with the family’s farming enterprises. He had 2 older siblings – Vera and Irvin, who he admired and loved very much. Galen graduated from Wetmore High School in 1957 after which he enlisted in the United States Army, serving a short time and receiving an honorable discharge. He then attended school to earn additional education in the Health & Sanitation field. It was during this time that he met the love of his life, Lois Jean North. They married on November 3, 1962 at the Church of the Assumption in Topeka, KS. They moved to Manhattan, Kansas where they raised 2 children, Nick and Mitzi, and Galen worked for 14 years as a Health Inspector Manhattan, before moving his family to Silver Lake KS and working in the same role in Topeka. Upon his retirement at age 62, Galen had worked over 40 years as a dedicated Health Inspector. Lois preceded him in death on August 12, 2003. Raising his family, Galen enjoyed fishing, playing catch with his son and daughter, and attending their sporting events. He also loved volunteering at Kansas State Football and Basketball home games where he worked in the press box. Later in life, he and Lois enjoyed going to the casinos, and visiting friends. He was a man that loved his family, his friends, and never met a stranger. He could start a conversation with anyone. Amazing how many family trips ended up with Galen running into a cousin or other relative. On March 15, 2008, he married Lynn Mangum. They took many trips together including Las Vegas, Texas, and visiting every casino in the state of Oklahoma. Galen loved a good conversation over a cup of coffee, reading the daily newspaper, endless games of dominoes with friends, and his Kansas State Wildcats. His favorite color was, of course, purple, and he was thrilled that 3 of his grandchildren are attending K-State. He is survived by his wife, Lynn, of Topeka; his son, Nick Hulsing and his wife Laura, of Prairie Village, KS; his daughter, Mitzi Dulan and her husband Antoine, of Leawood, KS; his 5 grandchildren Alexander, Jack, Caroline, Josie, and Jasmine; six step-children, eight step-grandchildren, including Kristie, Jenny, and Melody, who all provided special nursing care when he most needed it. He is also survived by one brother, Irvin Hulsing and wife Rita; one sister, Vera Hackett and husband Charles as well as many nieces, nephews, and cousins. Mr. Hulsing will lie in state on Monday, November 11th at the Brennan-Mathena Funeral Home, in Topeka, KS, where his family will receive friends and family from 5:00 until 7:00 p.m. A Catholic funeral service will follow at 7:00 p.m. Inurnment will be held at a later date in the Sherman Cemetery in rural Clay County, Kansas. In lieu of flowers, memorial contributions can be made in Galen’s memory to the K-State Ahearn Fund, 1800 College Ave, Manhattan, KS 66502. To share a memory or to leave condolences, please visit www.brennanmathenafh.com. Arrangements are entrusted to Brennan-Mathena Funeral Home.
To order memorial trees or send flowers to the family in memory of Galen Henry Hulsing, please visit our flower store.