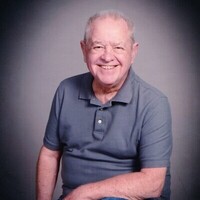 Floyd Raymond Mosher, 80, Topeka, passed away on May 5, 2022, at his home. He was born in Topeka, Kansas on October 14, 1941, the son of Marcell Floyd and Collette Rose (Heptig) Mosher. Floyd was a 1959 graduate of Hayden High School. He served with the Army National Guard for 6 years. Floyd worked as a Freight Carman for the BSNF Railway company for 40 years. He enjoyed boating, traveling, Airplanes and Trains, and was a self-proclaimed weatherman. His greatest joy was his family, especially his children, grandchildren and great grandchildren. He was a member of Most Pure Heart of Mary Catholic Church, Knights of Columbus Council #4254 and the James W. Gibbons Assembly of the Fourth Degree Knights of Columbus. Floyd married Ruth S. Snodgrass on July 15, 1967, at Most Pure Heart of Mary Catholic Church. She survives. He is also survived by two daughters, Tina Mosher and Brenda Mosher-Reese, his grandchildren; Aryanna DeClerck of Las Vegas, NV, Anissia DeClerck (Dakota Penner) of Kansas City, Adrienne DeClerck, Ashley Weilert, and Tristan A. Raymond Reese all of Topeka. He is survived by his brother Marcell “Bud” Mosher and his wife Lillian of Topeka. He is also survived by great grandchildren, Mia Hernandez, Leah Hernandez, Kemper Alan Weilert-Eich, and Natalia Millard. Floyd was cremated. His family will receive friends at Most Pure Heart of Mary Catholic Church on May 17th. A third and fourth degree Knights of Columbus Rosary will be prayed at 9:00 a.m. followed by the Chalice Ceremony. Mass of Christian Burial will be celebrated at 10:00 a.m. Memorial contributions may be made in his memory to the Wounded Warrior Project or the Ukraine Support Fund and sent in care of Brennan-Mathena Funeral Home, 800 SW 6th Ave., Topeka, KS 66603.
To order memorial trees or send flowers to the family in memory of Floyd Raymond Mosher, please visit our flower store.