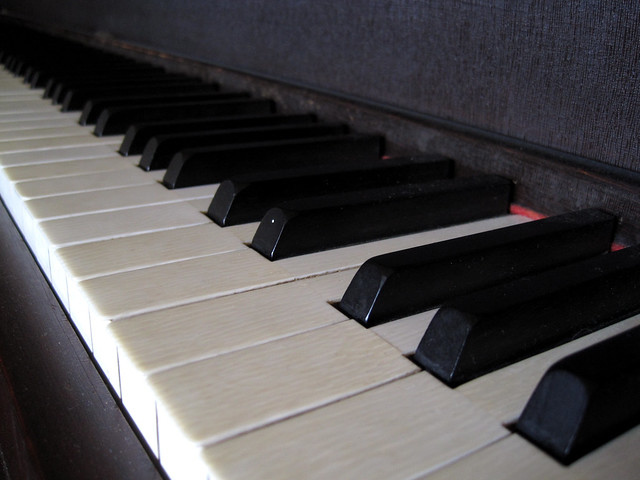 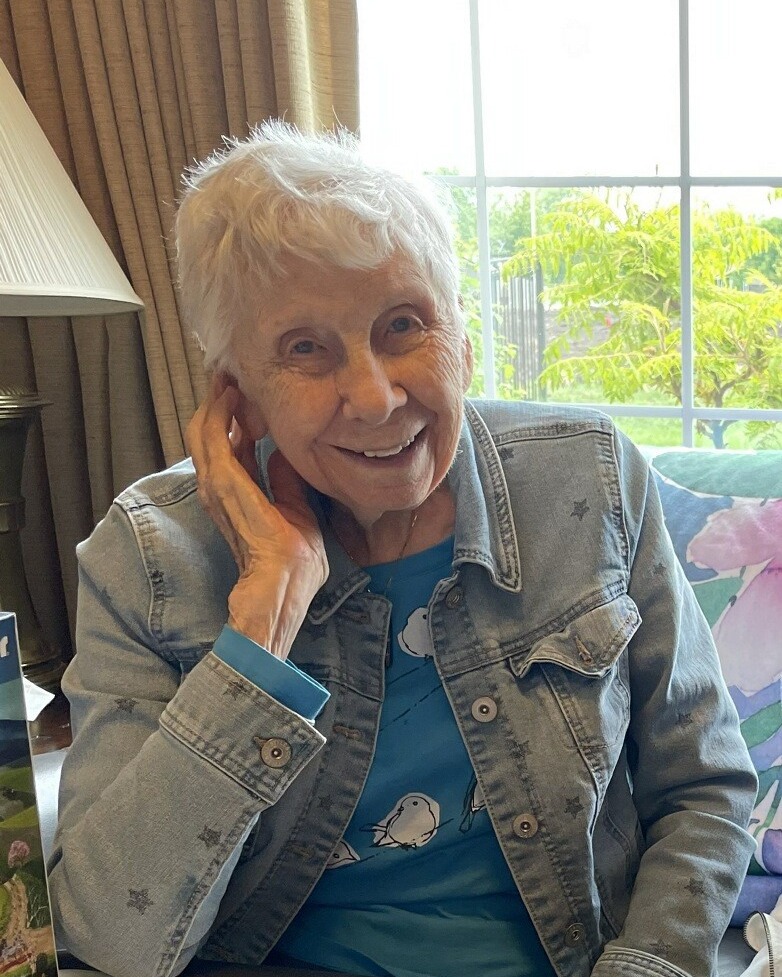 The Story of Ernestein Louise Heide

The magic of Christmas. Her favorite time of year with its spirituality, beauty, family togetherness, music and song, the things she loved most. But she would not be part of the celebration this year. Instead, her family and friends would celebrate the 98 year long life of this wonderful woman which came to an end on December 9.

Ernestein was born September 21, 1924, in Harlan in north central Kansas. She was the youngest of five children, sister to Eunice, Neva, Ruth, Opal and DuWayne who was nearest to her age and closest to her. Her father Robert and mother Ida (St. Clair) Grimes instilled values she followed all her life, trustworthiness, and kindness to others. Robert was a minister at the church just down the street from her home and also owned a general store. After school and during the summer she worked at his store, first candling eggs and eventually becoming a clerk. She helped her mother around the house with chores. She learned to cook and sew from her mother who made many of Tein's clothes and was a skilled quilter.

Tein had favorite dolls growing up, but she was also a Tomboy, playing both basketball and softball. In the winter she played outside with her brother building snowmen in the cold Kansas winters. She loved cats, always naming the yellow ones “Sunshine” and the white ones “Snowball”. The little blond girl was talented and smart. Her teachers combined two of her grades to allow her to move forward faster in school. She could spell, winning the county spelling bee. Her mother bought a piano for her and insisted she take lessons, and she continued to play all her life. She also played the saxophone in the school band. But above all she loved to sing, as a member of school choruses but also as a soloist for school and community events.

After high school she attended business college in Grand Island, Nebraska and found a job at the Air Force base there after graduation. She sometimes went after work with friends to the United Service Organization (USO) there. But it was the tall handsome Army Air Force serviceman she had known all her life who won her heart.

She attended school with Lawrence Heide, though he was three years her senior. And as a cheerleader with the Red Pepper club, she often cheered for him during basketball games. Their friendship grew. When the war began and Lawrence was stationed overseas, she wrote letters to him. They started seeing each other beginning with a motorcycle ride when he was home on leave. On the 4th of July in 1945 they were married.

From their first date she held tightly to him as they moved from their first little white house in Harlan, to Smith Center, then briefly to Tulsa and finally to Topeka. Her dream from childhood of being a homemaker and a mother began to come true with the births of Cheryl Suzanne, in February, 1947 and Brenda Joyce in November, 1951. Over the years her family became even more complete with grandson Kip and great grandson Jaime

Lawrence was away much of the time traveling across Kansas, Oklahoma and Nebraska following available road construction work. During his long absences, Tein managed their home and took care of their daughters, still finding time to be with the many friends who were drawn to her by her fun-loving spirit and sweetness. She joined garden clubs and enjoyed the beautiful flower gardens she cultivated. She was always a favorite mom to ride with to school events and was involved in many school parent activities. She sang in the church choir and spent hours playing her piano and singing with her daughters. In Topeka she became an avid golfer. When Lawrence retired, they spent more time together, socializing with friends, dancing, and traveling. She held Lawrence's hand, and they traveled the world together. Yet she was always happy to come back home.

From childhood, friendships were easy for Tein. She was so much fun, and she made people laugh. Even shopping trips with her daughters were fun-filled events with much laughter. She was a friend as well as a mother, always concerned and interested in the lives of her children. Tein wished upon many stars in her lifetime. She loved their bright glow and delighted in finding clothing adorned with star designs and jewelry pieces with stars were her favorites. She wrote poetry and filled scrapbooks with poems and passages that had special meaning for her.

She was many things to many people and her name reflected the changes in her life. Although she was christened “Ernestein”, a name given to her by her sister in recognition of their father's middle name, she was nicknamed “Tein” by her family. Her friends in business college called her “Toni” and later in life she was “Tina” to everyone. Her name changed over the years, but she changed very little. There was a timelessness about her. No one could ever guess her age, possibly because she remained young inside.

She possessed a mystical air from her Pennsylvania Dutch background, thriftiness from her Scotch ancestors, and the heart, perseverance, and courage of Vikings. Her heritage saw her through the many losses and disappointments that 98 years would bring. She worried over her people and the fabric of her life, and she could be stubborn. But soon her smile would shine through, and her blue eyes would twinkle once again.

Parting from those she loved did not keep her down long though tears often clouded the sunshine and lightness of her life. She had said goodbye to her parents, her siblings, her friends one by one. In the height of the Covid epidemic, she lost her dear Lawrence, and was moved to a new home. She spent months isolated from those she loved with only window visits allowed. At the end of a visit, she would sometimes put her hand against the window opposite the outstretched hands of her family as if she could touch them through the glass. And when they left her, she would say, “Goodbye for a little while.”

She has reached the end of the rainbow. Her little girl dreams have come true. She has loved her family for a lifetime, and they will always love her. The Christmas lights grow dim and bells are hushed. “Goodbye for a little while,” she has said to us all. “You will be missed,” we whisper back.

Funeral service will be at 11:00 A.M., at the funeral home. Burial will follow at Mt. Hope Cemetery-Topeka.

To order memorial trees or send flowers to the family in memory of Ernestein "Tein" "Tina" Heide, please visit our flower store.