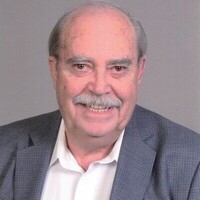 Douglas Dean Norman, 78, of Topeka, passed away on January 18, 2021 at Midland Care Hospice House. He was born on July 27, 1942 in Wichita, Kansas the son of William and Nelda Norman. William was a pilot in WW II. He was raised by his mother and step father, John I. Ream, a highly decorated Marine in 5 major beach landings in WW II. He graduated from Wellington High School, Wellington, KS in 1960 and attended Wichita State University and Washburn University, Topeka.

Douglas was an Insurance Broker, operated his firm American Health and Retirement Services. He was also a car salesman for John Hoffer Chrysler Jeep near the end of his life.

Doug loved anything that moved; cars, motorcycles, sail boats, planes and RVs. He was a private pilot / aerial photographer, Past President of the Kansas Pilots Association, competed in sail boat races at Shawnee Co. Yacht Club, raced in Antique auto races around the country and helped conduct them, worked from as well as traveled the country in an RV. He was a member of First Baptist Church. He was an AA member with 48 years sobriety and hosted a call-in radio program, “Ask an Alcoholic” which helped many people.

Burial was at Memorial Park Cemetery, Topeka. As restrictions are lifted from the pandemic, family will plan a Memorial Celebration of life in the summer to honor his life.

To order memorial trees or send flowers to the family in memory of Douglas Dean Norman, please visit our flower store.