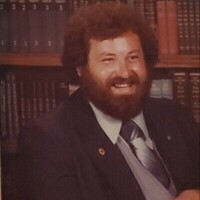 He was born in Lawrence, Kansas on April 21, 1950 the son of Joel and Geraldine (Peterson) Robinson.

Donald worked for the Sanitation Department for Douglas County prior to his retirement.

He enjoyed fishing, hunting, coin collecting and was an avid KC Chiefs fan.  He was most passionate about his relationship with God and operating his ministry of reconciliation.

He was married to Paula D. Trent on May 16, 1986 and she predeceased him in May of 1994.  He was also predeceased by his parents, a brother Joel Robinson and his twin brother, Ronald Robinson.

He was cremated.  A Celebration of his life will be held on Sunday, August 9th, at 3:00 p.m. at the Brennan-Mathena Funeral Home.  His family will receive friends following the service.

Memorial contributions may be left in his memory at Brennan-Mathena Funeral Home where they will be designated at a later date by his family.

To order memorial trees or send flowers to the family in memory of Donald D. Robinson, please visit our flower store.