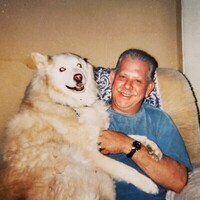 Donald retired as a Concrete Truck Driver for R.A. Ruud and Sons.

He married Patricia Schlins and had a son Bryan and later married Judy Reynolds in 1981 and had two daughters, Maggie and Katie. He is survived by his son Bryan Harkin and wife Jodi and their children Lucas and Anna of Topeka, and two daughters, Maggie Butterfield and her husband Arlee and their children, Madelynne, Maylee, and Abigail of Springfield, Missouri, and Katie Gleichman and husband Joe and their children, Eleanor and Josie of Baldwin City, Kansas. He is also survived by his brother Jerry (Rachel) Harkin of Martinville, Indiana and sister Linda (John) Dutch of Montgomery, Texas.

Services were held at Brennan-Mathena with burial at Mt. Calvary Cemetery.

To order memorial trees or send flowers to the family in memory of Donald Joseph Harkin, please visit our flower store.