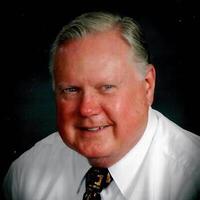 Daryl was honorably discharged from the US Army after a tour in Vietnam, where he earned a National Defense, Vietnam Service, Vietnam Campaign, and two Army Commendation medals.

He earned a bachelor’s in business administration from Fort Hays State University and worked as an accountant for the State of Kansas.

Daryl married Priscilla Sue Boone on October 5, 1985, she survives of the home.

He was a third degree member of the Knights of Columbus, and devout Catholic and member of Christ the King Parish.  After retiring he liked to travel and spend time with his family.

He enjoyed his five grandchildren, Patrick and Noah Weible, Mikayla Dixon, and Alex and Harper Cowing, and his four great grandchildren, Brady Charlotte, Addison, and Jaxon.

The family will be having a private celebration of life.

To order memorial trees or send flowers to the family in memory of Daryl Lee Daniels, please visit our flower store.