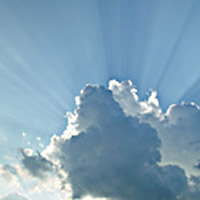 Conrad was a member of Sacred Heart-St. Joseph Parish.

He was employed by and retired from Goodyear Tire & Rubber Company after 40 years of service.  Conrad was a member of United Rubber Workers and USWA Local 307, life member of the Knights of Columbus Council #2608, and the American Legion Post #400.

Conrad was cremated.  A Parish Rosary will be prayed at 5:30 P.M. Wednesday at Sacred Heart Catholic Church.  Following the rosary, the family will receive friends until 8:00 P.M.  Memorial Mass of Christian Burial will be celebrated at 10:00 A.M. Thursday at the Church.  Burial of the urn will follow in Mt. Calvary Cemetery.

To order memorial trees or send flowers to the family in memory of Conrad John Stattelman, Sr., please visit our flower store.