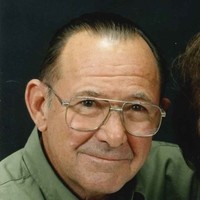 Clifford Neal Douglas, 77, of Topeka, passed away on February 14, 2020 at the House at Midland Care.

He was born in Topeka, Kansas on March 26, 1942 the son of Albert Clifford and Irene (Stockwell) Douglas.

Clifford served in the Army Reserves.  He was a carpenter and contractor in the construction business where he worked on many homes in the Topeka area.

He enjoyed NASCAR and working on cars, gardening, fishing and especially playing the Lottery.

Clifford married Kathleen Ann Rilinger in Corning, Kansas on January 4, 1964.  She survives.  He is also survived by his children, Michael Douglas of Topeka, Peggy (Doug) Carman of Ottawa, and Annette (Ryan) White of Soldier, Ks., a sister, Shirley Akers of Topeka, five grandchildren and three step grandchildren.  A sister Peggy Joyce Douglas preceded him in death at a young age.

He will lie in state at the Brennan-Mathena Funeral Home on Tuesday from 5:00 to 7:00 p.m. where his family will receive friends.  Funeral services will be held on Wednesday at the funeral home at 10:00 a.m.  Interment will be in the Topeka Cemetery.

Memorial contributions may be made in his memory to the Alzheimer’s Association or Helping Hands Humane Society sent in care of Brennan-Mathena Funeral Home, 800 SW 6th Ave., Topeka, Ks.  66603.

To order memorial trees or send flowers to the family in memory of Clifford Neal Douglas, please visit our flower store.