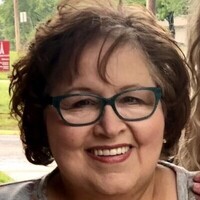 Anita Louise Maichel, 71, of Topeka, went home to see her savior face-to-face and to reunite with her daughter, Kasie, on May 19, 2022.  Anita died at her home with loved ones by her side.

Anita was born in Richland, Kansas on August 19, 1950, the daughter of Bertie L. and Gladys M. (Vigo) Musick.  She loved telling people she was from Richland, and often told stories about the people and the memories from her childhood growing up there.

In 1967, Anita married Carl Maichel.  They lived in various places as a military (Navy) family during the early years.  They eventually settled in Overbrook where Anita raised their four children as a devoted homemaker.  Later, she tirelessly worked in the family-owned businesses in Overbrook…. JACK’s (Jesus, Anita, Carl and Kids) Café, Ganders Club & Restaurant, and Jack’s Sandwich factory.  After her divorce, Anita moved to Topeka and worked as a Supervisor in Customer Service at Blue Cross/Blue Shield.

Anita was a woman with strong faith.  She attended the Baptist Church while living in Overbrook and remained a faithful follower of Jesus.  Anita enjoyed spending time with her children and grandchildren.  She was most happy and at peace when she was surrounded by family and friends sharing stories and laughing.

She was preceded in death by her beloved daughter, Kasie, to whom Anita passionately and lovingly attended through many physical challenges throughout her 21 years.  Also preceding Anita in death were both parents and her brothers Jim Musick and Chuck Musick.

Anita is survived by her three children and their families:  Kelli (and Jerry) Jewell, Angel and Gabe; Kyle (and Courtnee) Maichel, Marisa, Keaton (and Kaylee), Jaeden, and Hunter; and daughter Kandi (and Craig) Van Aalst, Kaleb (and Sammy), Dalton, Austin, and Jasmine.

Visitation will be held Wednesday, May 25 from 5-8 pm at Brennan-Mathena Funeral Home, 800 SW 6th Ave., Topeka, Kansas 66603.  A memorial service will be at 10am on Friday, May 27, also at BMFH, with a Graveside service immediately following at Pleasant Hill Cemetery.

Memorial contributions may be made in her memory to Midland Hospice Care OR the Kansas Neurological Institute and sent in care of Brennan-Mathena Funeral Home, 800 SW 6th Ave., Topeka, Kansas 66603.

Online condolences and fond memories may be left at www.brennanmathenafh.com

To order memorial trees or send flowers to the family in memory of Anita Louise Maichel, please visit our flower store.