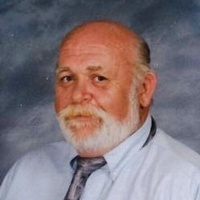 John served in the Army in Vietnam from 1967 to 1969, when he was honorably discharged.  He worked for Emery Purolator and Pizza Hut restaurants until retiring in 1990.  John, “big John”, loved to shoot pool and played on various leagues in Wichita and Topeka.  He also loved cooking.

Memorial services will be held on Thursday at 2:00 p.m. at Brennan-Mathena Funeral Home where the family will receive friends one hour prior to the service.  Inurnment will be held at a later date in Virginia.

Memorial contributions may be made to the VA Activities Center, in care of Brennan-Mathena Funeral Home, 800 SW 6th Avenue, Topeka, Kansas 66603.

To order memorial trees or send flowers to the family in memory of John C. Thompson, please visit our flower store.