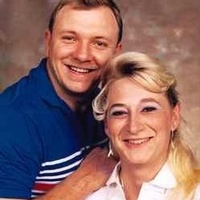 Ricky worked at Goodyear and was a member of United Steelworkers Local #307.

He played on the German National Soccer Team and was a huge fan of the Nebraska Cornhuskers, Kansas Jayhawks and the Minnesota Vikings.  Another one of his enjoyments was reconnecting with all of the great people from Augsburg American High School Apaches.

The family will receive 5:00 until 7:00 p.m. Sunday, June 4th, at Brennan-Mathena Funeral Home. Funeral services will be 10:00 a.m. Monday, June 5th at the funeral home.   Burial will follow in Rochester Cemetery.

To order memorial trees or send flowers to the family in memory of Ricky Allen Block, please visit our flower store.