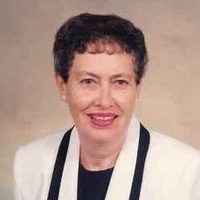 Jeanne was born in Frankfort, Kansas on February 12, 1932 the daughter of John Elmer and Anna Cecelia (Fox) Lolley.

She was employed as a clerk for the Hat Box which sold women’s accessories prior to her retirement.

She was a member of St. Matthew Catholic Church.

Jeanne was preceded in death by a sister, Virginia Weixelman and a brother, Robert Lolley.

Jeanne was cremated. Her family will receive friends from 9:00 to 10:00 a.m. followed by a Memorial Mass of Christian Burial on Wednesday, June 7th, at St. Matthew Catholic Church at 10:00 a.m. A funeral luncheon will follow. Graveside inurnment will be in the Wamego Cemetery at 2:00 p.m.

Memorial contributions may be made in her memory to St. Matthew Catholic Church or to the Presbyterian Manor and sent in care of Brennan-Mathena Funeral Home, 800 SW 6th Ave., Topeka, Kansas 66603.

To order memorial trees or send flowers to the family in memory of Regina Katherine McKinnon, please visit our flower store.