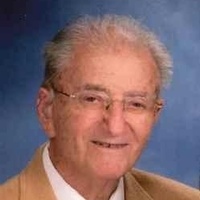 He was born in San Francisco, California the son of Charles Francis and Agnes Ramona (McGee) Henry.

Charles held master’s degrees in education and political science and did graduate studies in other fields, especially linguistics. He spent his professional life teaching educators, graduate and high school students particularly in the fields of American government and history, Latin and English as a second language. He was a nationally renowned debate coach whose teams at St. Ignatius College Preparatory in San Francisco set records for winning national championships. His last teaching years were spent at Hayden High School, Topeka High School and several of the middle schools in USD #501. He also enjoyed many years of coaching athletic programs in golf, soccer, and basketball. He felt most privileged to be a former assistant basketball coach to Pete Newell and Phil Woolpert at the University of San Francisco and their NCAA National Championship teams which were among his many treasured memories.

Charles was devoted to his Catholic faith. He enjoyed reading, golfing, camping, hiking and traveling with his students to introduce them to history.

He is survived by his wife, Barbara (Prevedello) Henry and two nieces, Lynne Whaley and husband Gary of Boise, Idaho and Michelle Reed of the Seattle metro area and many grand and great nieces and nephews. He was preceded in death by his parents, a sister Alice R. Nolan and a nephew Bud Nolan.

Charles will lie in state on Saturday, July 8th at Most Pure Heart of Mary Catholic Church where the family will receive friends from 9:30 to 10:30 a.m., a rosary will be prayed at 10:30 followed by the Mass of Christian Burial at 11:00 a.m. Entombment will be in the Mt. Calvary Mausoleum at a later date.

Memorial contributions may be made in his memory to Unbound/Christian Foundation for Children and Aging and sent in care of Brennan-Mathena Funeral Home, 800 SW 6th Ave., Topeka, Kansas 66603. To learn more about the organization visit the link at unbound.org.

To order memorial trees or send flowers to the family in memory of Charles Edward Henry, please visit our flower store.