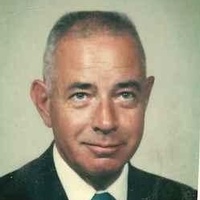 Bob was born in Des Moines, IA the son of Robert Russell and Mildred Louise (Carey) Barr. The family moved to Kansas City where Bob attended Redemptorist Catholic School from grades 7 to 12. He went on to Rockhurst College graduating in 1953 with a B.S. degree in chemistry. He participated in the P.L.C. (Platoon Leaders Command) program while at Rockhurst.

Bob served in the U.S. Marine Corp from 1950 to 1954 where he served in Korea and Japan. He then transferred to the U.S.M.C.R. where he retired in 1989 at the rank of Lieutenant Colonel after 31 years of service.

He began his career with the American Can Company in San Francisco, California. He relocated several times including Chicago, Los Angeles, Denver and Kansas City, to mention a few. He then came to Topeka where he was the Plant Manager for Hill’s which later became Colgate. After Hill’s, Bob followed his love of flying and obtained his Airline Transport Certification and flew with Capital Air and Air Midwest. He was also a flight instructor.

Bob was an avid reader, and history buff who always had a book in his hand. He enjoyed riding his Harley Davidson motorcycle. In his teens he was a Golden Glove Champion Boxer.

He was a member of Mater Dei Holy Name Parish and the Sons of the American Revolution.

Bob will lie in state at the Brennan-Mathena Funeral Home on Monday after 2:00 p.m. where the family will receive friends from 5:00 to 8:00 p.m. and a Parish Rosary will be prayed at 5:00 p.m. Mass of Christian Burial will be celebrated on Tuesday at 10:00 a.m. at Mater Dei Holy Name Church. Military graveside services will be conducted at 2:30 p.m. at Leavenworth National Cemetery, Leavenworth, KS.

Memorial contributions may be made in his memory to Mater Dei Parish and sent in care of Brennan-Mathena Funeral Home, 800 SW 6th Ave., Topeka, Kansas 66603.

Bob’s family would like to thank the Kansas Rehabilitation Hospital for the wonderful care that was given to him and his family while he was a patient there.

To order memorial trees or send flowers to the family in memory of Robert George Barr, please visit our flower store.