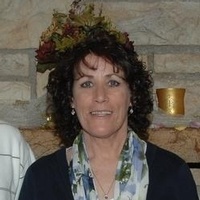 Annie M. (Rabe) Paslay, 54, of Topeka, died November 16, 2017 at St. Francis Hospital.  She was born in Topeka, Kansas on January 21, 1963, the daughter of Gerald Robert “Jerry” and Mary K. (Kennedy) Rabe.  Annie graduated for Hayden High School in 1981.  She worked as a Packaging Line Operator for Hill’s Pet Products for 28 years.   Annie was a member of Sacred Heart Catholic Church.  Annie’s greatest loves were her children, Shane and Kelsey.  Annie was passionate about caring for her family, especially her mother.  She was always spoiling nieces, nephews, and great nephews.  Everyone who knew Annie understood her generous heart and how she wanted to help anyone in need.  She was an animal lover and would often be feeding and caring for her animals as well as any others she could help. She was constantly found cleaning her home and yard, had a great sense of humor and will be missed by her family and many friends.  She married Richard “Rick” Paslay on August 25, 1990.  They later divorced.  Survivors include their children, Shane and Kelsey Paslay, of Topeka, her mother, Mary K. Rabe of Topeka, her siblings, Mike (Michelle) Rabe of Topeka, and Bryan (Ronda) Rabe of Delia, Ks., her nieces and nephews; Ashley, Mykala, Jerry, Christian, Abbie, Alyssa and Gracie, as well as two great nephews, Michael and Garrison.  Her father, Gerald “Jerry” Rabe and her sister, Christina “Christy” Rabe preceded her in death.  The family will receive friends at Brennan-Mathena Funeral Home from 5:00 p.m. to 7:00 p.m. on Monday followed by a memorial service at 7 p.m.  Inurnment will take place at 10 a.m. on Tuesday at Mount Calvary Cemetery.
Memorial contributions may be made in her memory to Brennan-Mathena Funeral Home, 800 SW 6th Ave., Topeka, Kansas   66603 to be designated by her family at a later date.  Online condolences and fond memories may be left at www.brennanmathenafh.com.
To order memorial trees or send flowers to the family in memory of Ann Marie Paslay, please visit our flower store.