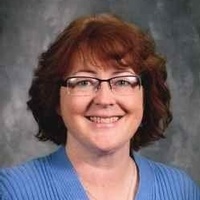 Teresa Marie (Van Allen) Rincon, 51, of Topeka, KS died Tuesday, January 2, 2018 at her home with her loving family at her side.

She was born March 31, 1966 in Topeka, KS, and raised by her mother Ruth (Fox) and step-father, Franklin Heyka.

She attended Most Pure Heart of Mary Catholic Grade School through the eighth grade. Teresa and her mother moved to Belleville, KS where she attended and graduated from Belleville High School. After graduation, she attended Fort Hays State University where she received her BA in Graphic Arts Design.

While in college she met William Angel Rincon, they united in marriage on July 22, 1989 in Belleville. From that union they had three boys, Alexander, Nicholas and Zachary Rincon all of Topeka. Other survivors include her mother, Ruth (Van Allen) Heyka of Belleville, three siblings, Cindy Durbin of Emporia, Tim Van Allen of Bella Vista, AR, and Tom Van Allen of Wichita, KS. Three step-brothers, Mike Heyka of Highlands Ranch, CO, David Heyka of Belleville, and Mark Heyka of Missoula, MT also survive. She was preceded in death by her step-father, Franklin Heyka, a brother, Tony Van Allen and a sister, Tammy Van Allen.

Teresa was privately employed as a Paraeducator at Most Pure Hart of Mary Catholic School from 2009 until 2017. She was an avid supporter of the Kansas Jayhawks Men’s Basketball.

Cremation has taken place. A Parish Rosary will be prayed at 3:00 P.M. Sunday at Brennan-Mathena Funeral Home. Following the rosary the family will receive friends until 6:00 P.M. Mass of Christian Burial will be celebrated at 10:00 A.M. Monday at Most Pure Heart of Mary Catholic Church. Inurnment will follow in Mount Calvary Cemetery.

In lieu of flowers the family suggests contributions be made in her name to the Most Pure Heart of Mary School Scholarship Fund or to TARC and sent in care of Brennan-Mathena Funeral Home, 800 SW 6th Avenue, Topeka, KS 66603.

To order memorial trees or send flowers to the family in memory of Teresa Marie Rincon, please visit our flower store.