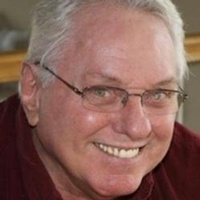 Herbert Ross Miracle was born November 3, 1936, in Wamego, Pottawatomie County, Kansas. He was active in Boy Scouts of America from age twelve to seventeen and served as advisor until age nineteen. Ross achieved many levels of scouting, including membership in the Order of the Arrow honorary organization. He was recognized for his accomplishments and was sent to the Boy Scout National Jamboree in Valley Forge in 1949 as the representative of his troop.

Ross graduated from Wamego (Kansas) Rural High School in May 1955 and late that summer took a job with the Union Pacific Railroad working in Sun Valley, Idaho, for one year before starting college. He graduated from Kansas State University in January 1961 after majoring in secondary education and English. He taught junior and senior English in Neodesha, Kansas, from February 1961 until May 1968, at which time he resigned to finish his master’s degree.

Ross graduated with a Master’s of Librarianship from Emporia (Kansas) State University in June 1969 and accepted a position as teacher-librarian for the United States Department of Defense school system (DoDDS) in Germany. During his thirty years in Germany, Ross taught in American schools in Fulda, Sembach, Kaiserslautern, and Ramstein. He traveled extensively in parts of Europe, Africa, the Near East, and Asia, visiting fifty countries in all while living in Germany.

Ross often said that within two or three days of beginning his teaching career he knew that he had found his life’s work, his raison d’être. After thirty-eight years as a teacher, he retired in July 1999 and moved to Loveland, Colorado.  In recent years, after a decline in his health, he returned “home” to Kansas, residing in Topeka until his death on January 8, 2018. Ross’ cremains are to be scattered upon his beloved mountainside in northern Colorado.

Ross is survived by two sisters, Jane (and Don) Goeckler of Silver Lake, Kansas and Madge McDonald of Wamego, Kansas, as well as numerous nieces and nephews.  On January 20, there will be a Celebration of Life in his honor from 2:00 to 4:00 at Brennan-Mathena Funeral Home, 800 SW 6th Ave., Topeka, Kansas.  In lieu of flowers, the family suggests donations be made to the H. Ross Miracle Memorial Fund, c/o 20945 W. 117th Terr., Olathe, KS 66061.  Funds will be disbursed to support education.

To order memorial trees or send flowers to the family in memory of H. Ross Miracle, please visit our flower store.