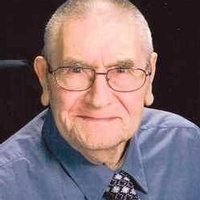 Robert William “Bob” Hamilton, 84, of Topeka, died January 19, 2018 at the House at Midland Care surrounded by his family.

He was born in Hutchinson, Kansas on July 17, 1933 the son of Lee William and Ruby Margaret (Nesbitt) Hamilton. Bob graduated from Hutchinson High School in 1950 and attended Hutchinson Junior College and Kansas State University.

He served in the US Army in active duty with the 101st Ranger Air Borne from 1953 to 1955 and in the Reserves until 1961. He was a member of the American Legion and the Veterans of Foreign Wars.

He married Linda Mae LaClair in Hutchinson, Kansas in 1957, she preceded him in death on February 20, 1984. Bob married Marylee (Mick) Welch on January 1, 1991 at Holy Name Church in Topeka. She survives him. He is also survived by a son, Robert “Dave” Hamilton of Topeka, daughter, Kimberly Sue (Clayton) McCamey of Plano, TX, three step-daughters, Julie (Jeffrey) Colvin of Lawrence, Barbara (Trent) Turner of Lawrence, and Mary (Tony) Krestas of St. Germains, Victoria, Australia, his grandchildren, Katie Richmond-McCamey (Brandy), Odelia and Collette Colvin, Laura, Madeline and Lily Turner, and Isobel and Markis Krestas and a great granddaughter, London McCamey. He was preceded in death by a brother Richard Lee Hamilton. He is also survived by two nephews and a niece.

Bob was cremated. A Memorial Visitation will be held on Friday, January 26th, at Brennan-Mathena Funeral Home from 2:00 until 7:00 p.m. where the Daughters of Isabella will pray at rosary at 4:30 p.m. and the Parish will pray a rosary at 7:00 p.m.  A Memorial Mass of Christian Burial will be celebrated on Saturday, January 27th, at 10:00 a.m. at Mater Dei Holy Name Parish.  Inurnment will follow at Mt. Calvary Cemetery with military honors provided by the American Legion and the Kansas Army National Guard.

To order memorial trees or send flowers to the family in memory of Robert William Hamilton, please visit our flower store.