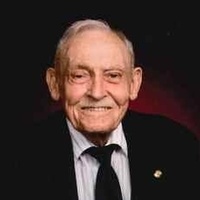 Bob was a 1941 graduate of St. Mary’s High School, Pittsburg, KS. During WW II he served in US Navy Amphibious Forces-Pacific Fleet. Following the war he earned a degree in Industrial Education from Pittsburg State University graduating in 1950. He worked for Ordinance Plant in Parsons prior to becoming an Administrative Assistant for Santa Fe Railroad in Topeka. He retired in 1985 after 34 years of employment.

Bob will forever be missed by his loving family and friends who will surely raise a glass to him with good cheer and in honor of a life well lived.

Mass of Christian Burial will be celebrated at 11:00 A.M. Wednesday at St. Matthew Catholic Church. The family will receive friends beginning at 9:30 A.M. with a Parish Rosary being prayed at 10:30 A.M. Burial will follow in Mount Calvary Cemetery.

To order memorial trees or send flowers to the family in memory of Robert L. "Bob" Gerant, please visit our flower store.