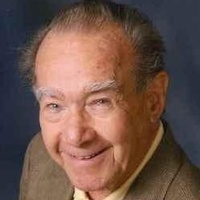 He was raised in Hutchinson, Kansas and graduated from St. Teresa’s Catholic High School in 1949.  After serving in the United States Air Force he joined the Kansas Air National Guard retiring in 1989.  The Blick family and approximately 100 families moved from Hutchinson to Topeka in 1967 with what is now the 190th Air Refueling Wing.  Maurus and his wife were founding members of the PACK, an organization for Past and Active members of the 190th Air Refueling Wing of the Kansas Air National Guard.  They dearly loved spending time with their 190th Family.  The monthly picnics and Chief's Breakfasts remained a highlight for Maurus. Upon retirement he and Dede operated Porky’s Rollin’ Rib Rack for several years.  He loved spending his time entertaining and hosting family and friends.  You were always welcome at the Blick home.  He especially loved preparing amazing grilled steaks or smoked ribs.

Maurus will lie in state at the Brennan-Mathena Funeral Home on Tuesday where a rosary will be prayed at 5:30 p.m. followed by the family receiving friends from 6:00 until 8:00 p.m.  Mass of Christian Burial will be celebrated on Wednesday at 10:00 a.m. at St. Matthew Catholic Church.   Interment with military honors will follow at Westlawn Memorial Gardens.

Memorial contributions may be made to the Museum of the Kansas National Guard, St. Matthew Catholic Church or the Kahlyn Heine Legacy Foundation and sent in care of Brennan-Mathena Funeral Home, 800 SW 6th Ave., Topeka, Kansas  66603.

To order memorial trees or send flowers to the family in memory of SMSgt Maurus Nicholas Blick, please visit our flower store.