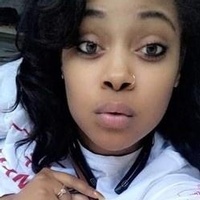 She graduated from Highland Park High School in 2011.

She is preceded in death by her grandparents Thomas C. Ross and Maxine Mckee and niece Jeriyah Hickem.

Funeral services will be Saturday, April 21, 2018 at Brennan-Mathena Funeral Home at 2:00 p.m. Visitation will be prior to the service starting at 12:00 p.m. A second service is being planned for TiAnia in Boonville, MO.  Time, place and date will be announced.  Burial will follow.

In lieu of flowers contributions may be made to Brennan-Mathena Funeral Home for her sons’ De’Vronn’s future.

To order memorial trees or send flowers to the family in memory of Ti'Ania "Reddi" Shawnee Reshaun Ross, please visit our flower store.