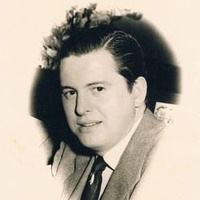 Kelly’s grandparents were immigrants. The Kellys, his mother’s family, crossed the ocean from Ireland and the Steins, his father’s family, left Germany for a new land and a new life in America.  Both families headed west, first stopping in Iowa and then continuing to the heartland and settling in Kansas.

Kelly was born on June 21, 1923 in Valley Falls, Ks and grew up on the beautiful acreage of the family farm in Jefferson County. As the first son of a farmer and stockman, Kelly grew up working cattle, helping with the planting and the harvest, riding horses, pulling wagons, laying traps, running fishing lines along the streams and river, hunting and the like.  Kelly was one of nine children born to Edd and Mary Stein. Preceding him in death were Lillian Desch, Margaret Rose Ignatuck, Ruth Etzel, Ferne Goodwin, Robert Stein, Mary Agnes Boos and Dorothy Stein. Kelly’s beautiful youngest sister, Delores “Dee” Hrenchir, survives him.

As the Depression of the 1930s deepened, the family relocated to Topeka, Ks in 1936. Kelly attended Assumption Catholic High School downtown, which is now known as Hayden High School.

Kelly was a veteran of WWII where he joined the United States Army and served honorably with an armored tank division in North Africa and survived his injuries.

After his return from the war, he fell in love with Marguerite “Margie” O. McPeak and they married on February 10, 1948 in Topeka and remained married for 53 years, until she preceded him in death in 1991.  Marge and Kelly raised three much loved daughters who all survive: Kelleen “Kelly” (Gary) Pratt of Parker, CO, Marleena Stein of Topeka, KS and Loreen “Lori” (Hank) Hylton of Topeka, KS. Kelly was so pleased and proud of the arrival of each of his five grandchildren: Anthony (Jessica) Pratt, Wendi (Scott) Ashcraft, Jason (Jamie) Pitman, Wednesday Stanley and Alison Parnacott. Eleven great-grandchildren called him Great-Grandpa! Kelly considered himself blessed!

Kelly had an independent, entrepreneurial spirit and was usually self-employed. Kelly retired from his jewelry business in his late 70’s, where he had bought and sold and sometimes designed fine jewelry and gemstones. Kelly provided the rings for countless area weddings across generations and enjoyed helping young couples starting out.   Kelly also co-owned several other businesses including The Pla-Mor Club in downtown Topeka.

Kelly had a head for numbers and was a strategic thinker, which served him well in his passion – games of skill or chance. Kelly pursued excellence and persevered in practice in these endeavors. Kelly became a championship poker, billiards and pool player. Whether it was reading a table, a face or the odds, Kelly experienced remarkable success and earned the respect of his friends, family and opponents. Kelly was there at the very beginning of Las Vegas. Kelly witnessed Bugsy Segal building the Flamingo, and throughout the subsequent development of Las Vegas as the Gaming Capitol of America. Kelly went from dealing to high-rolling and eventually established a business hosting junkets from across the area to Las Vegas.

Kelly lived a long and extraordinary life!  Kelly never met a stranger and was a born storyteller. Kelly was known and loved for the incredible, frequently laugh-out-loud tales he told about his life and adventures and for the wisdom they released. From his time on the farm, learning his craft in the Chicago of the 1930s, the battle fields of Northern Africa, the birth of Las Vegas and the ups and downs of family life and the challenges of enterprise, his stories were wonderful and will wend their way through the annuls of time.

Kelly was a praying man who loved God, his family and his country; he was greatly loved and he will be sorely missed!
To order memorial trees or send flowers to the family in memory of Edward Kelly Stein, please visit our flower store.