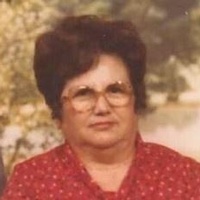 She was born in St. John, Kansas on August 12, 1925 the daughter of Francisco and Josephine (Chavez) Hernandez.

She married Lorenzo Lemuz on January 31, 1948 in Topeka.  They were married for 65 years before he predeceased her on February 2, 2013.  Clara was also preceded in death by a son, Alfred D. Lemuz on February 8, 1999, a son-in-law Thomas Escalante, a granddaughter, Melissa Ann Lemuz, and three sisters, Frances Hernandez, Alexandria Garcia and Theresa Gonzalez.

Clara will lie in state at the Brennan-Mathena Funeral Home on Thursday after 2:00 p.m. where a Legion of Mary Rosary will be prayed at 6:00 p.m. followed by the family receiving friends until 8:00 p.m.  Mass of Christian Burial will be celebrated on Friday at 10:00 a.m. at Our Lady of Guadalupe Church.  Interment will follow in Mt. Calvary Cemetery.

Memorial contributions may be made to Our Lady of Guadalupe Church and sent in care of Brennan-Mathena Funeral Home, 800 SW 6th Ave., Topeka, Kansas 66603.

To order memorial trees or send flowers to the family in memory of Clara Lemuz, please visit our flower store.