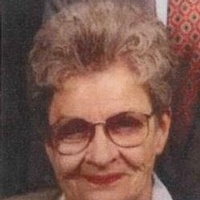 She was born in Centralia, Washington on August 21, 1924 the daughter of Willibold and Susie (Burghart) Bieker.

Dorothy was a homemaker.  She enjoyed gardening, cooking, dancing and spending time with family especially her grandchildren.

Dorothy will lie in state at the Brennan-Mathena Funeral Home on Tuesday after 2:00 p.m. where her family will receive friends from 6:00 until 8:00 p.m. with a rosary prayed at 6:30 p.m.  Mass of Christian Burial will be celebrated on Wednesday at 10:00 a.m. at Most Pure Heart of Mary Catholic Church.  Interment will follow in Mt. Calvary Cemetery.

Memorial contributions may be made in her memory to Most Pure Heart of Mary Church or Hayden High School and sent in care of Brennan-Mathena Funeral Home, 800 SW 6th Ave., Topeka, Kansas  66603.

To order memorial trees or send flowers to the family in memory of Dorothy Ann Burghart, please visit our flower store.